Do you often star a GitHub repository and later when you want to get back to it struggle to find it on your stars page? I do! Well, I did... until I discovered Astral, the web application that allows you to Organize Your GitHub Stars With Ease. That is what we are going to talk about in this article.

GitHub stars as a bookmarking tool.

When you find an interesting GitHub repository, instead of adding it to your browser bookmarks among a lot of other websites, you can star it. As GitHub Docs say: Starring make it easy to find a repository again later. Indeed usually, when I come across a nice GitHub repository, I want to go back to it later (to deep dive into the awesome framework I discover, to try this new open source tool, to have this useful sample somewhere when I will need it...).

As you can see below, all the GitHub repositories you have starred can be found on your GitHub stars page. 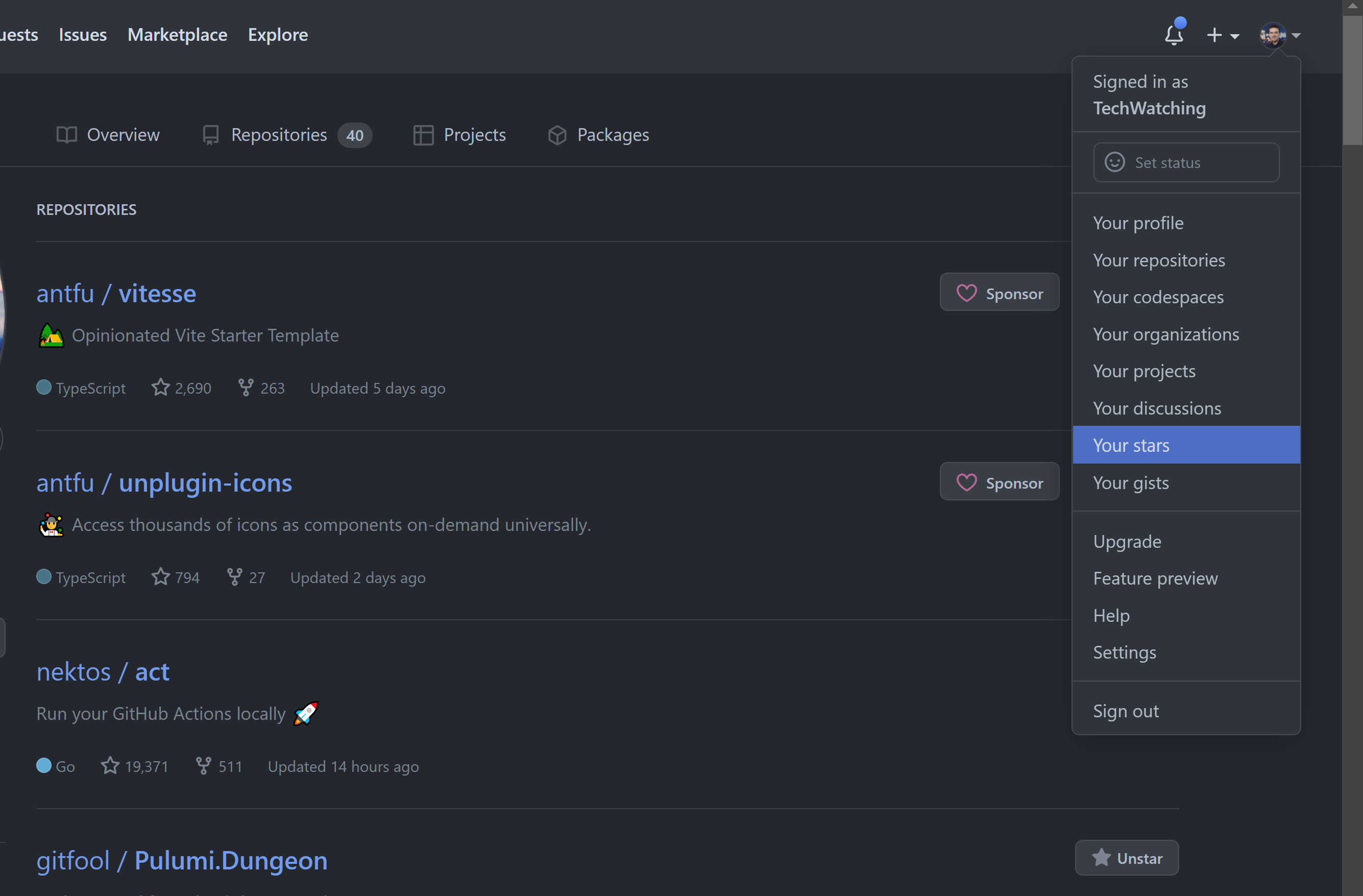 In addition to that, you can sort, filter (by language or topic), and search starred repositories: 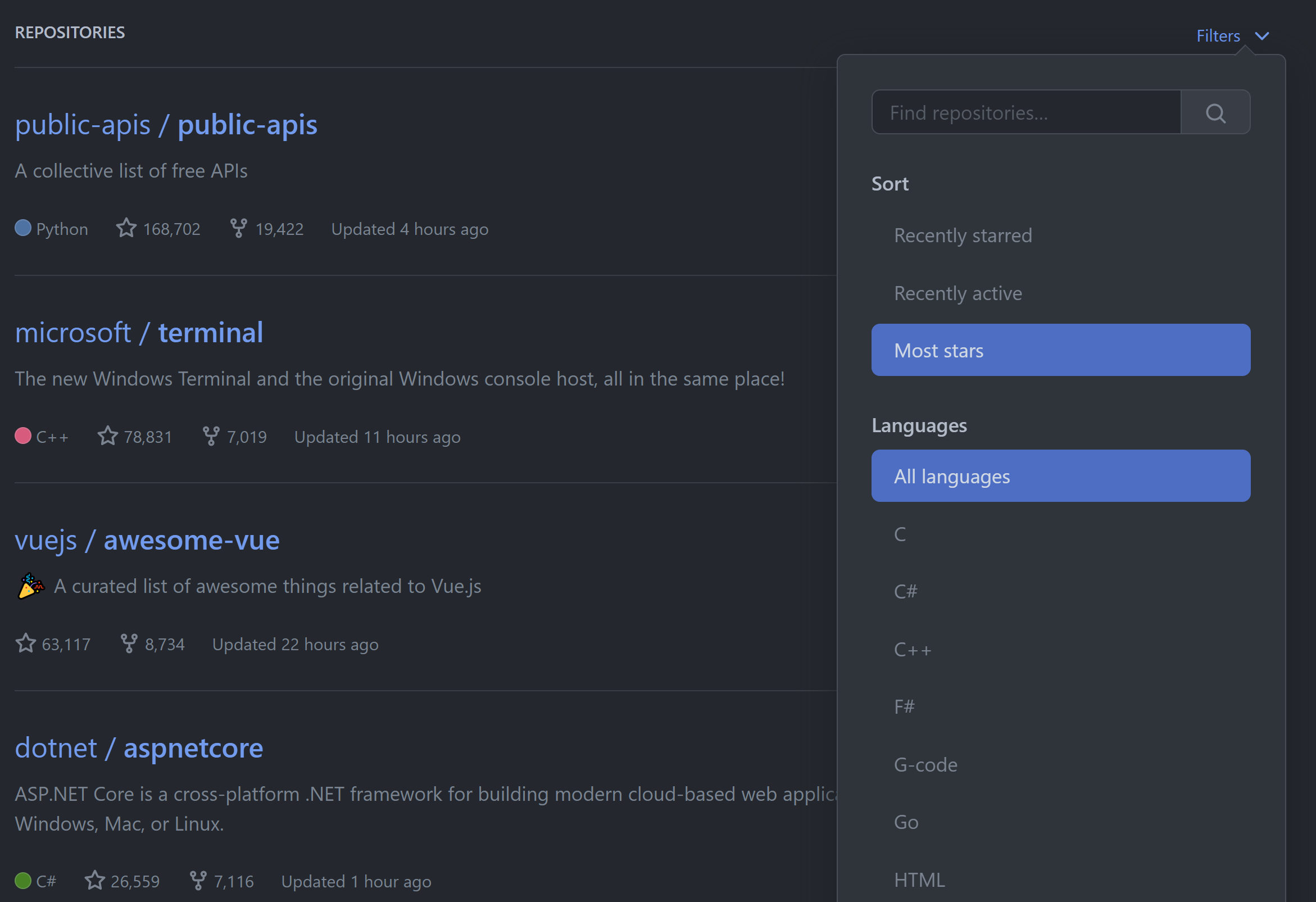 Have you seen that repository I am looking for?

Using GitHub stars to bookmark the repositories you are interested in is great but if you do it a lot, it can become hard to find later the repository you want. Even if it is possible to sort, filter, and search repositories, it is sometimes impossible to quickly find what you are looking for. And there are good reasons for that:

Astral is an open source web application that helps you organize your starred repositories.

It solves the issues I was previously pointing out by allowing us to add tags to our starred repositories. That means I can create a tag with a meaningful name and add this tag to the appropriate repositories.

Once grouped by tags, it becomes very easy to find the repositories you need. The interface is quite simple but shows all the information we need:

🗨 Astral can also be self-hosted if you need. As it is a free web application, I don't see the point of self-hosting it but it is possible.

How do I use Astral?

To be honest, I only started to use Astral recently so my organization is subject to change but here are kinds of tags I like to create:

The language used in a repository is one thing but that does not say what framework is used (like ASP.NET Core, MAUI, Vue.js, React.js,...) and that can be a useful criterion when you are later looking for repositories using a specific framework 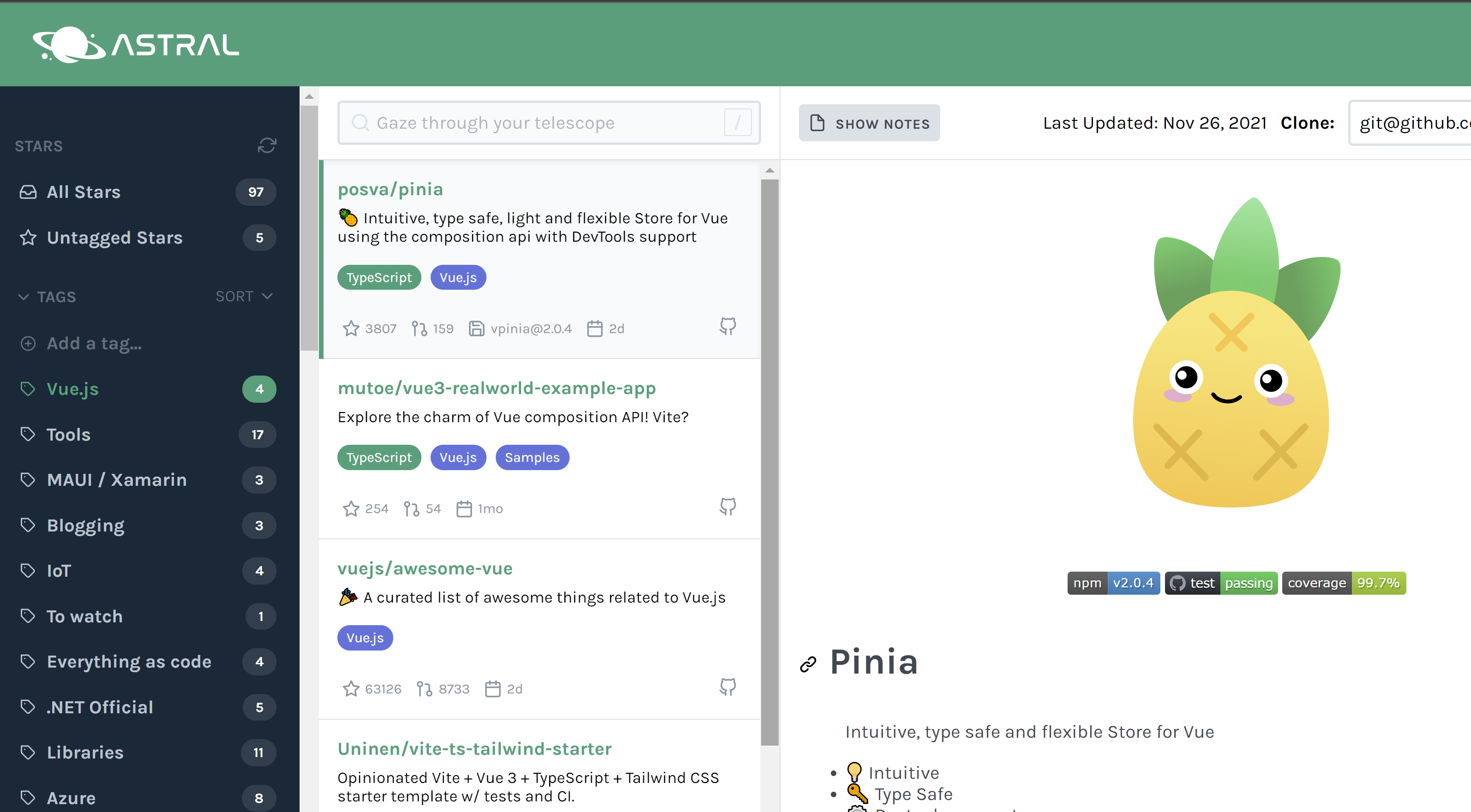 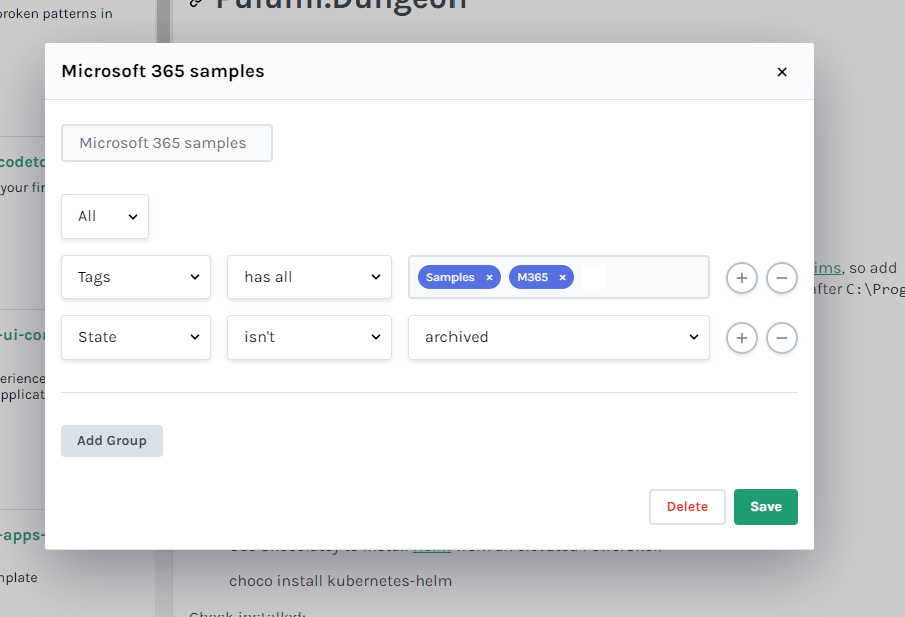 If you are often bookmarking GitHub repositories for future usage, Astral is a nice little web application to add to your toolbox. I found it by chance, but I liked it and I am now regularly using it. So try it and if you like it, give it a star and tag the repo with a tools tag in Astral 😉.